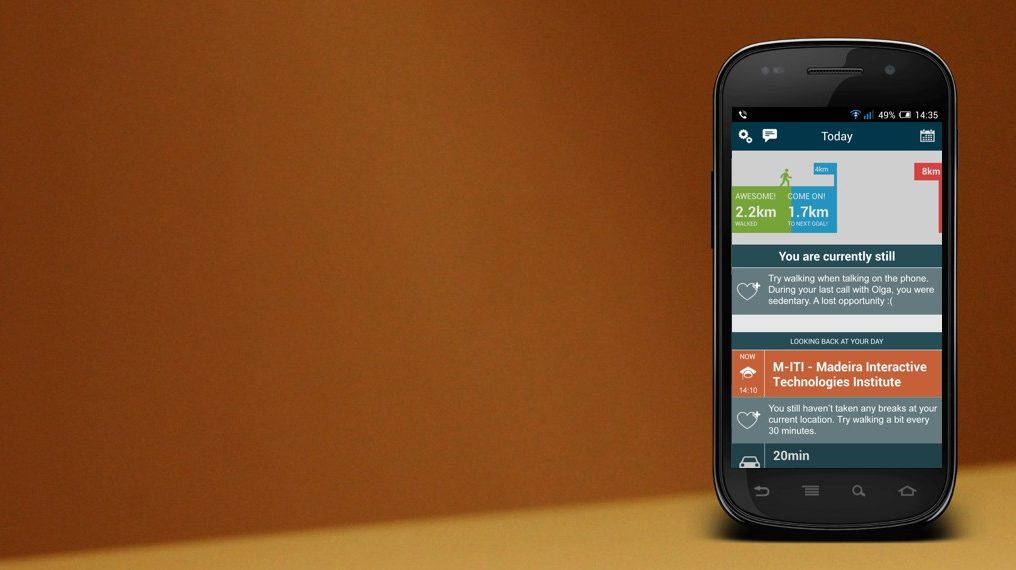 We report on a 10-month in-the-wild study of the adoption, engagement and discontinuation of an activity tracker called Habito, by a sample of 256 users who installed the tracker on their own volition. We found ‘readiness’ to behavior change to be a strong predictor of adoption (which ranged from 56% to 20%). Among adopters, only a third updated their daily goal, which in turn impacted their physical activity levels. The use of the tracker was dominated by glances – brief, 5-sec sessions where users called the app to check their current activity levels with no further interaction, while users displayed true lack of interest in historical data. Textual feedback proved highly effective in fueling further engagement with the tracker as well as inducing physical activity. We propose three directions for design: designing for different levels of ‘readiness’, designing for multilayered and playful goal setting, and designing for sustained engagement.